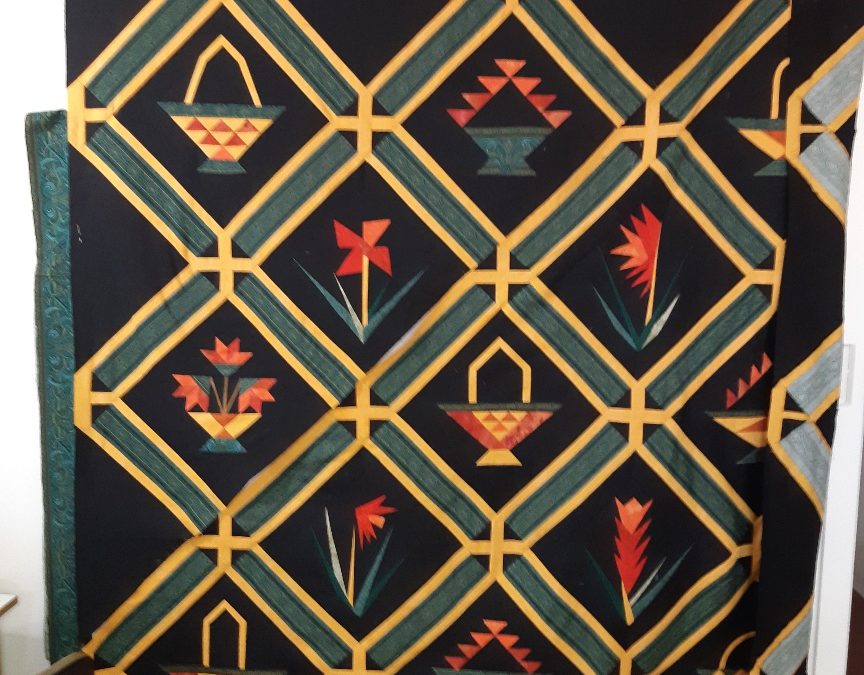 Don’t know what else to call it really! I have started making bread every other day, it is just a quick artisan loaf however I am thinking maybe it’s time to branch out and try other types of bread. We’ll see.

I baked a cake last night. It must have been 20 years or so since I last did that. I even iced it! Well, you can tell I don’t eat that many sweets these days as I found the cake and icing far too sweet. I think I may need to stick to brownies or cookies in the future.

I live in a townhouse complex, it’s a really nice one built 30 years ago. People who come into our complex are amazed that this type of place even exists. It’s kind of like driving through a brand-new housing development these days. In the new developments, the houses are so close together they might as well be touching. In ours, we have 4 units that are attached then green space then another 4 units and so on. We have lots of green space unlike townhouses built today that have no green space. I am so lucky too, as I look out over trees as Colquitz Creek is right behind our unit.  Currently the wild cherry trees are in full bloom behind us. 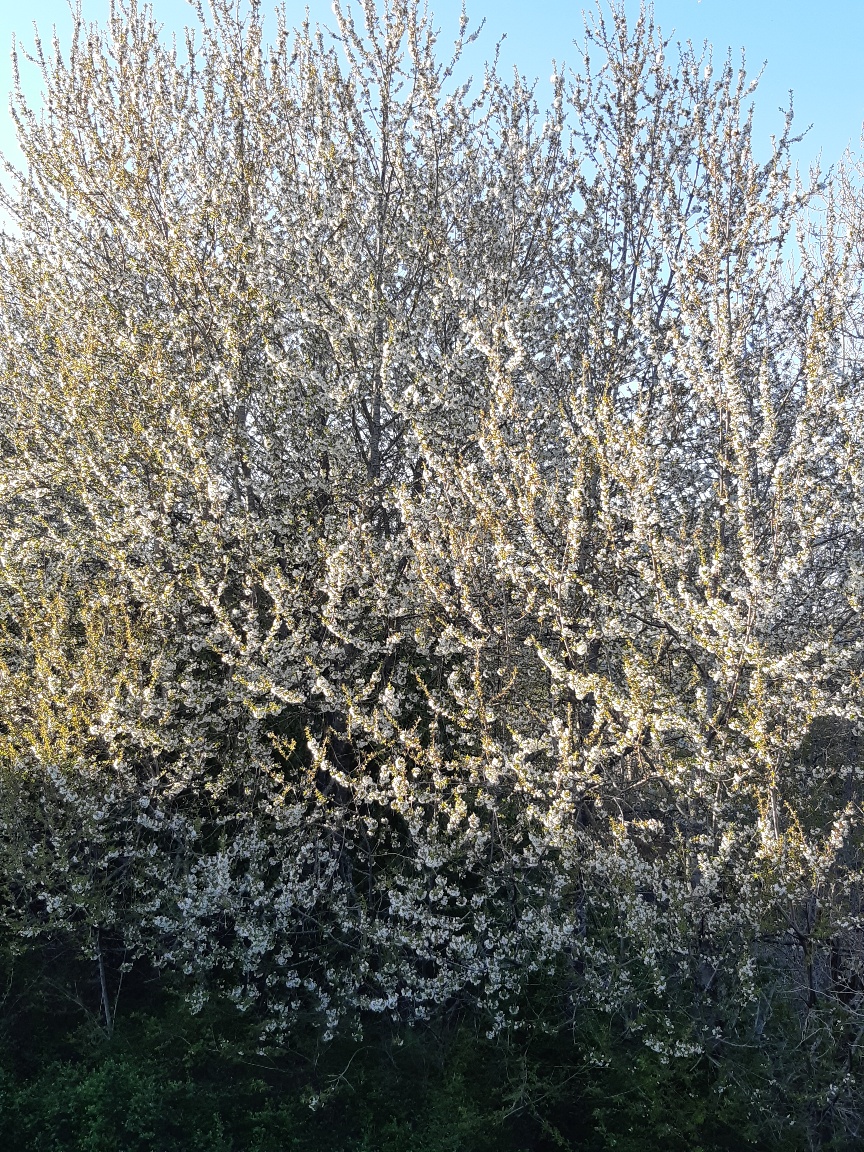 Anyway, we also have a clubhouse used for social events however since COVID-19 it is now closed for those activities so what have the neighbours done? When the sun is shining, they get their lawn chairs and place them at the end of their driveways so that they can keep their social distancing and still have their afternoon happy hour! It’s a little disconcerting if you have to walk or drive through the middle of these gatherings but they are keeping their 2 metres apart. Last weekend there were several of these little clutches all throughout the complex. A couple of people took their chairs and hopped from group to group (keeping their distance of course).

I must be a bit strange as I passed by these groups while taking the dog for a walk and waved and said my hellos however, I had no desire to join in the groups themselves. Hmm, I wonder what that says about me? I mean, I have been inside for over 3 weeks now. That said I do hop onto Zoom calls with friends and use the Marco Polo app to keep in touch with others so maybe for me that is enough.

The one thing that has been going on this week is that Cocoa had to have dental surgery. I won’t even tell you how much that cost! I will say it was a lot! Enough that I had two friends that actually said they would never have spent that much on just a pet!

I guess the difference for me is that when I adopted Cocoa 6 years ago now, I knew that one day I would need to put out money for dental work as he had already had 6 teeth removed and who knows how long he was abandoned with no real nutritious food. It had taken a toll on his teeth and gums for sure and he was getting older and I noticed some of his teeth were really getting loose.

So, it was time, and he ended up having 16 teeth removed. I was even asked why I didn’t just put him down instead of spending that kind of money. I was a little shocked at that though, I mean he is part of the family when I adopted him, I made a commitment to keep him happy and healthy.

I guess if you’re not an animal person, you don’t understand. Just as I wouldn’t put a human down if I had to spend money on them, if they needed dental surgery, I am not about to put down my best 4-legged buddy either unless it really is their time to go.

I will say my empathy to all living creatures does not extend to spiders, mosquitos or cockroaches. Ugh! 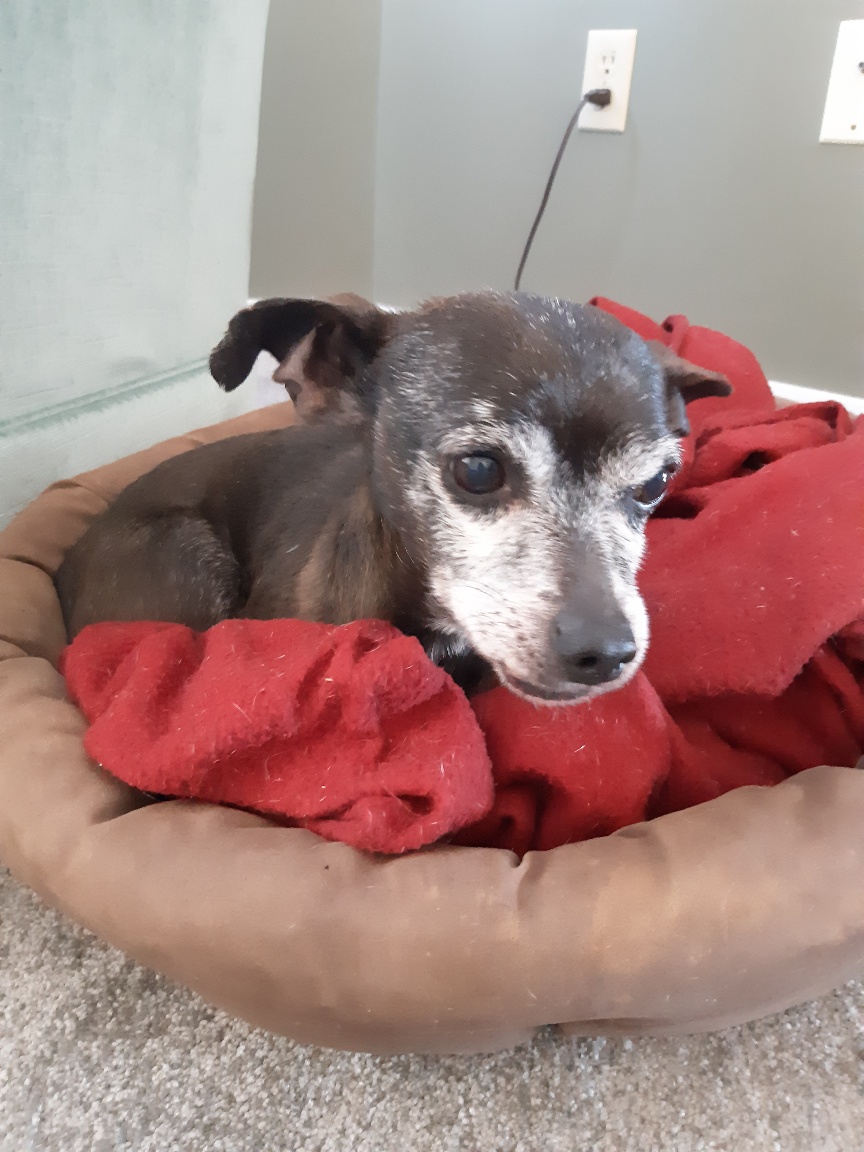 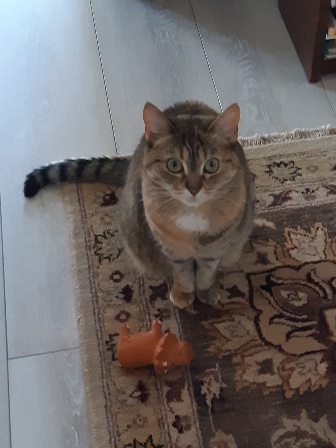 Cocoa with a lot of frosting these days

Mia looking as regal as ever!

Quilting in these Times

I have some client quilts that I have been working on, between myself and the clients we figured out a way to drop and pick quilts up while still keeping everyone safe. It is not my preferred way to do things as I really enjoy the in-person consultation however in these times you do whatever it takes.

As for the Jinny Beyer Block of the Month quilt, it is coming along, now that I made the decision to drop the hand applique flowers in the baskets, I have made really good progress on it.

The top currently is in two sections so one final seam to sew together and then to figure out what to do about the border!

Since my border print was different than the one used for the pattern I will need to come up with an alternate plan. I originally thought I might use the gold fabric as an inner border however, I don’t have enough of that fabric left and the store where I bought the fabric is not currently open.

So, onto plan B. Whatever I do, I’m sure it will look great and I do love it when I get to put my own spin on things. 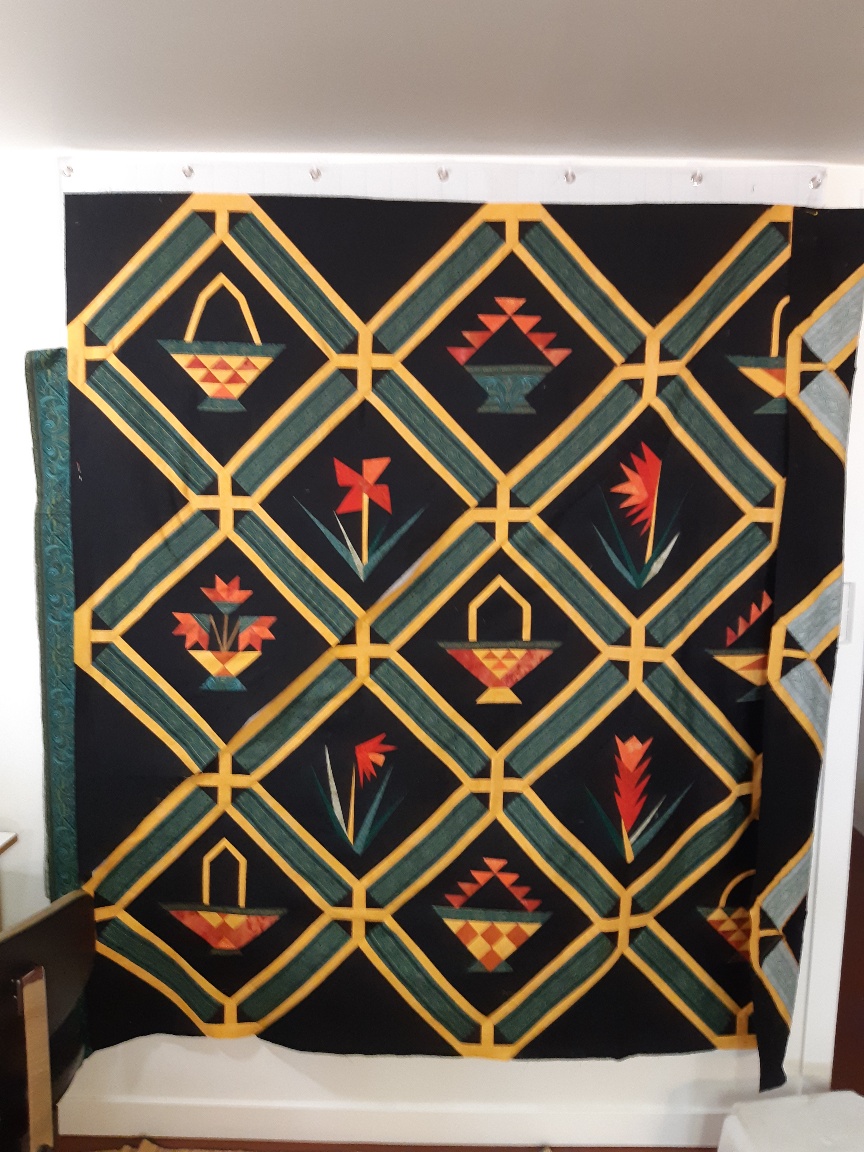 What kind of things are happening in your neighbourhood, are people staying in or figuring out their own ways to be social from a distance?

I am one happy customer as thanks to Janice, Sunshine Studio owner, the quilt top I struggled with, turned out END_OF_DOCUMENT_TOKEN_TO_BE_REPLACED

I have recently had the pleasure of meeting Janice Symonds of the Victoria Sunshine Studio. I had 3 quilt tops END_OF_DOCUMENT_TOKEN_TO_BE_REPLACED